Some macro photos. They’re mainly water drops freezened in the moment of the impact with water. They’re shot with a DIY low-cost system which uses Arduino as microcontroller to make the camera shoot at the right moment.

a red and white ‘crown’ of water

A red and white ‘crown’ of water with reflection 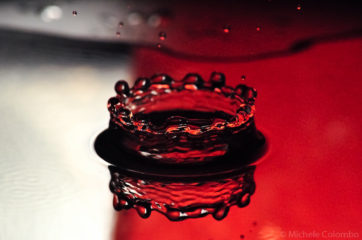 a black and with shot of a water drop

a water drop with reflection. Black and white.

A drop of water falling, taken with Arduino

Black and white shot of some drops of water. Shot with Arduino.