The light within Dolomites | 4K time lapse from Michele Colombo on Vimeo.

A new time lapse project shot in the Dolomites, chasing their particular and unique light, showing how it changes during different moments of the day. Sunrises, sunsets, starry nights, reflections, pale sun beams: they all gain a unique connotation between those majestic peaks, as if mountains themself shined on their own light.

Released in 4K resolution in the cinema Scope aspect ratio (2,39:1), it is also available in 16:9 4K (4096×2304). It was shot during two summer vacations, between 2016 and 2017. It is completely set in Fassa and Gardena Valley, between Trentino and South Tyrol, in northern Italy. All clips are available for licensing as royalty free in 4K resolution, contact me through the contact form for any information.

Dolomites, included in the UNESCO world heritage sites in 2009, are surely uno of the most amazing place in the earth. Below you can find a few shots of the main locations seen in the video.

One of the most outstandig locations. After a short steep path in the rock, you arrive at Re Alberto hut, under the Vajolet Towers. A few minutes away, there’s the Santner Pass, where you can find a breathtaking view: at on side the Rosengarten group, with its beautiful enrosadira, at the other Val Gardena. 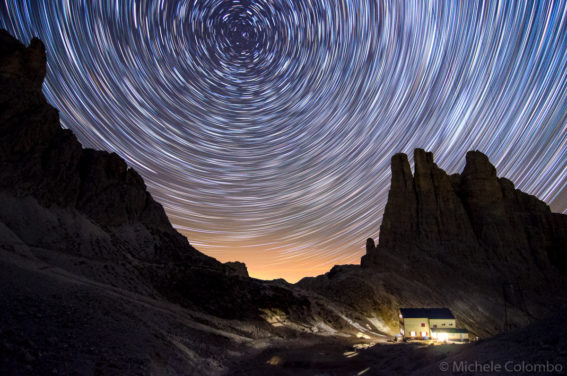 Stars moving above the Vajolet towers and Re Alberto hut 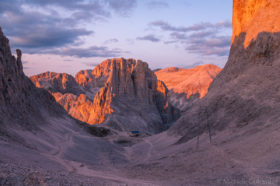 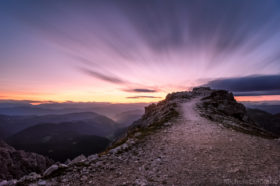 Another pearl of truly beauty, nestled in the Rosengarten group, too. Here I found one of the best starry nights, with a completely flat lake all night long. 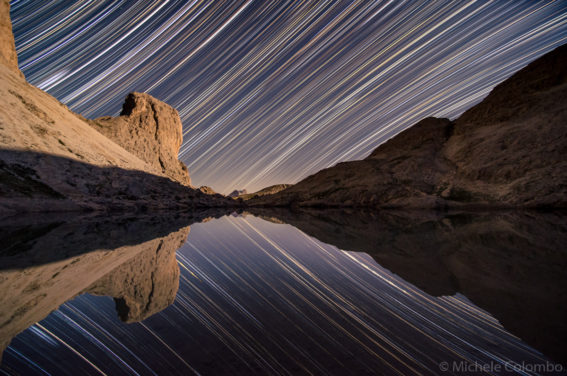 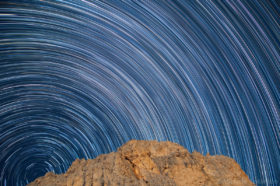 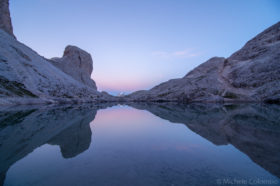 The alpine lake of Antermoia at dusk 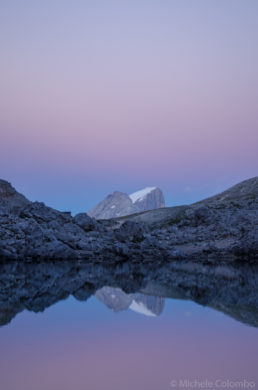 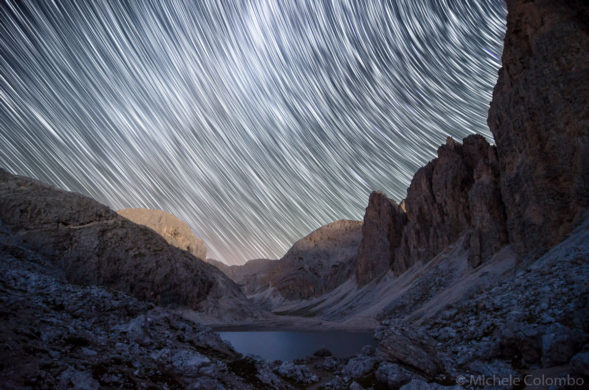 High and majestic, is visible almost anywhere. Also in the video is present in many shots, from different angles. 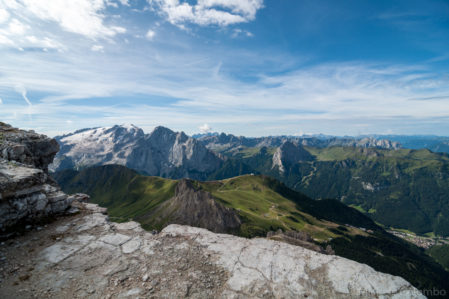 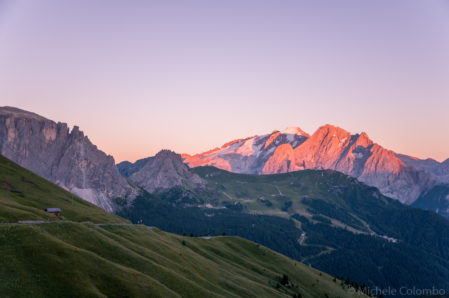 Last beams of light over Marmolada, seen from Sella pass 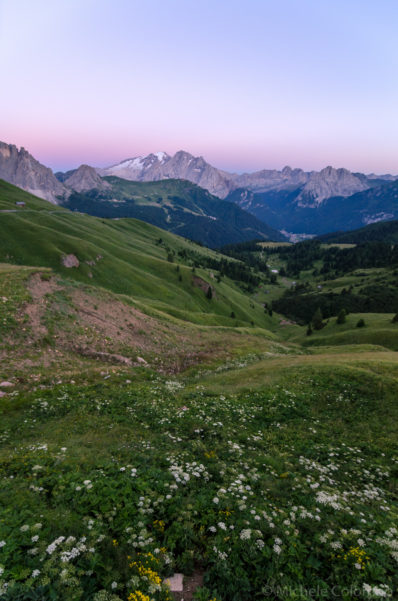 Here the undisputed protagonist is the Langkofel (Sassolungo in italian) group. 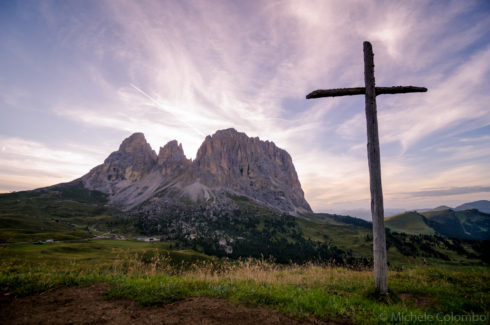 A wooden cross at Sella Pass, Langkofel group on the background

The complete arch of Milky way taken at Sella Pass. 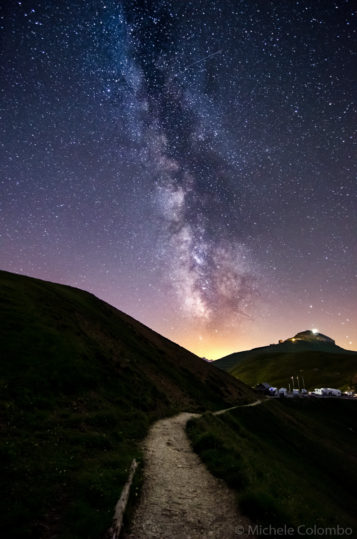 Milky way over a path near Passo Sella, South Tyrol 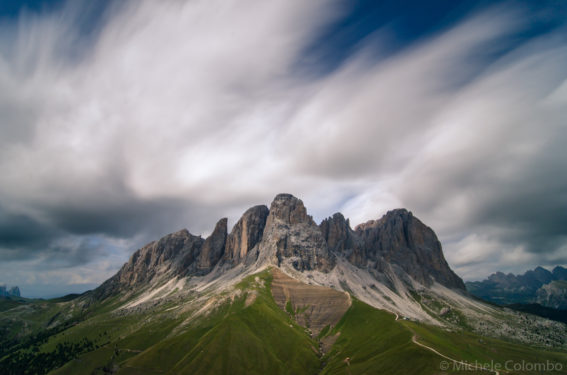 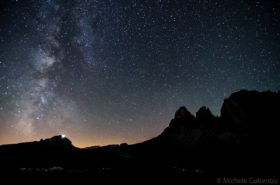 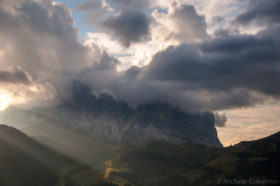 Sun beams in a cloudy day, Langkofel group on the background

Another touristic place, that can offer an excellent view of the peaks surrounding. 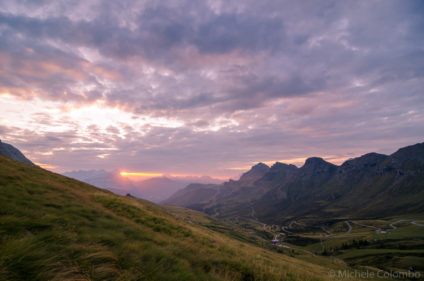 The sun rising in a cloudy day at Pass Pordoi 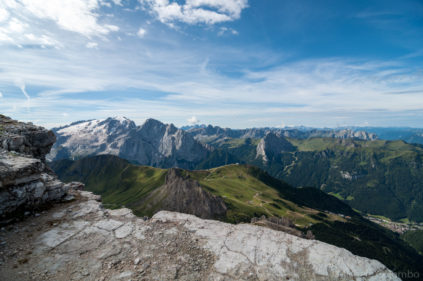